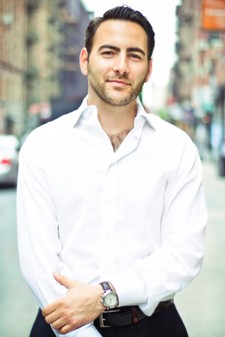 Co-founder and Principal of REAL New York, Louis Adler built his career on the fundamentals of transparency, hard work, and community. These foundations remain the building blocks of Louis’ technical expertise and also form the basis of his professional relationships with agents and clients alike.

Born and raised in Brooklyn, New York, Louis grew up immersed in the diverse perspectives that embody its many neighborhoods. He formed an awareness and keen interest in real estate from an early age that fostered his first-hand insight into the management of diverse asset classes. This background also serves him today in identifying the changing market needs of everyday residents throughout NYC.

After graduating from Indiana University, Louis was positioned to work with New York’s most influential property developers and brokerage firms including The Durst Organization where he served as a consultant for the opening and optimization of new buildings and the company’s leasing operations. These experiences contributed to honing Louis’ skills to serve as a company leader at REAL New York today.

Louis connected with his current business partner and REAL New York co-founder Robert Rahmanian early in their careers as real estate brokers. With the opening of their first office in the Lower East Side, Louis and Robert built REAL New York with strong community ties. Today, REAL New York has maintained its foundations, strong neighborhood ties and landlord relationships while expanding into Gramercy and East Williamsburg. The pair has also developed a multi-family portfolio in Brooklyn, which contributes to a diverse perspective on the real estate market and adds more value to the landlords and developers they service.

Among his accomplishments, Louis’ expertise in sales has helped him to secure the largest residential sale in Downtown Manhattan’s history, a $55 million penthouse suite. His insight on industry sales has allowed him to accelerate REAL New York’s growth and his hands-on investments in company culture and transparent client partnerships are indicative of his dedication to the company’s legacy.

Louis and Robert are such a pleasure to work with when finding a new apartment—professional and friendly!

I moved to NYC from a small town and was at a loss finding an apartment. Real New York and its staff could not have been any easier to deal with. I worked with Louis and he was extremely straightforward and up-front through every step of the process. I wouldn't hesitate to recommend Real New York to anyone looking for an apartment.

Recently signed an apartment with help from Rob and Louis. They were extremely easy to work with, responsive to calls/emails, and overall good people. After finding an apartment of our liking, we were able to turnaround and sign the lease less than 24 hours later. I strongly recommend Real NY for anyone from first-time renters like myself to experienced New York residents.

I had Louis Adler as my realtor. He was extremely helpful when showing my boyfriend and I apartments in New York. With other realtors I have used in the past I always felt like they wanted to push me into an apartment to make the commission, however I did not feel that way with Louis. I felt like he cared about our happiness with the apartments he was showing us. He paid very good attention to the details we were looking for. I would highly recommend using him and Real New York.

I worked with Louis from Real New York and it was a great experience! I''ve moved a few times in the city and dealt with different brokers but no one compared to Louis and the rest of the Real New York Team. They were incredibly helpful and made me feel comfortable throughout this potentially stressful process. I now have a great apartment thanks to Real NY and would recommend them to anyone looking for an apartment.