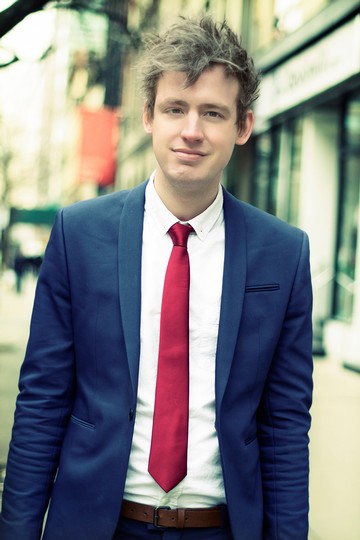 Originally from West Hartford CT, Charles moved to New York City back in 2006 when he was 18 years old to attend the Tisch School of the Arts at NYU. Since then, he has lived all over NYC, including the West Village, East Village, Gramercy, the Upper West Side, and Bushwick. Having lived all over the place, Charles has an expansive knowledge of the many different neighborhoods that make up NYC. Prior to working at REAL NY, Charles held a multitude of jobs. He was the guitarist of a successful indie rock band and as a result, traveled all over the world. Even though Charles has been all over the world, he considers NYC his home base. There is nothing more exciting to Charles then showing people around the city!

I worked with Charles and had the fastest, easiest, most seamless search and move in NYC I've had yet. Painless process. Thank you, thank you.

We had a fantastic experience with Charles!

Having never stepped foot in New York, it was a daunting moment for us to look for a place to stay.

We’d read online that New York brokers can be quite pushy in getting clients to sign contracts as soon as possible and, at times, dishonest with tactics such as the bait-and-switch.

Charles was far from these descriptions. He was professional, honest, transparent, friendly, helpful and courteous. He helped shortlist the properties to view based on our criteria and placed emphasis on informing and educating rather than pressuring or influencing us, making sure that the decision was up to us.

Although we were exhausted from 3 days of viewings, we had a good time talking with Charles, who had the humility and patience to answer all our beginner questions. We also enjoyed hearing about his time living in Brooklyn and in-depth knowledge of the area.

We were very grateful for his time, effort and hard work, especially on a beautiful weekend where he could be spending it with friends or family.

Even though we didn''t go with the apartments that Charles showed us, he graciously congratulated us with our final choice. He has gained our respect for his work ethic and professionalism.

Thank you once again, Charles. We will certainly recommend you to anyone looking for a place around Brooklyn!